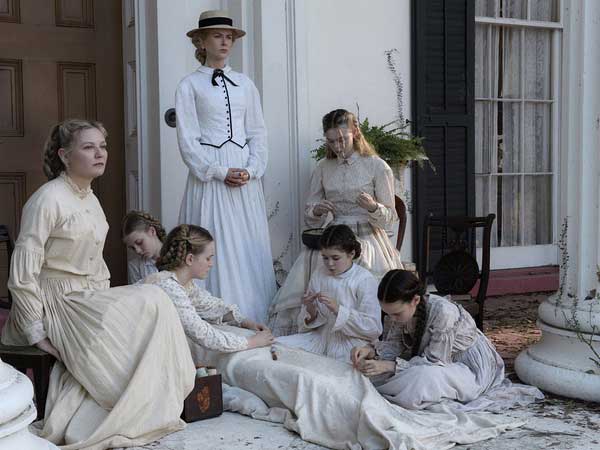 Sofia Coppola’s latest is a disquieting look at gender politics with a strong Southern Gothic undercurrent of sexual tension.

“What have you done to me, you vengeful bitches?”

Fresh from winning Best Director at the Cannes Film Festival, Sofia Coppola’s latest, The Beguiled, is a major step up from the nadir that was The Bling Ring (2013), which featured Emma Watson as a fame-obsessed teenager who, with a group of like-minded friends, hatches a plan to rob the homes of celebrities while they are away. So it’s reassuring to see Coppola bouncing back with a good, though not necessarily, great film.

The Beguiled begins with a young girl leading a heavily-injured Union soldier (Colin Farrell) back to her Confederate girls’ seminary, to the shock of everyone—here’s a man, an enemy, at their doorstep. But Coppola introduces an undercurrent of sexual tension, served with seductive glances by the teenage Alicia (Elle Fanning), who’s beginning to discover her sexuality, whilst Miss Martha (Kidman), the head of the seminary, tries to suppress her own desires. The seemingly frigid Edwina (Dunst), a teacher whom the soldier has taken a special liking, longs to escape her drab existence.

Craft-wise, the cinematography by Philippe Le Sourd (The Grandmaster, 2013) suggests a Southern Gothic atmosphere (the film is set in Virginia, but shot in Louisiana), with the school located in the woods away from civilisation, while the distant sounds of artillery fire remind everyone that war is uncomfortably close by. Coppola lingers her shots longer than usual, especially of the landscape—one filled with fog and deep stillness. And in a nod to Stanley Kubrick’s masterpiece Barry Lyndon (1975), some of the night interior scenes seem to have been shot with just candlelight.

The Beguiled may be visually ravishing—or haunting, and the storytelling efficient (the film runs for a short 93 minutes), but it is the film’s exploration of gender politics that places it in the centre of debate and controversy. On the surface, Coppola’s work suggests a warped form of female agency and empowerment, and through the film, we see countless examples of this at play—there’s no fate any worse for a man fighting on the right side of history than to be a victim of women’s desires, jealousies and fears.

But to say that the film is a step in the right direction for women’s liberation is to ignore the larger historical context—that any reading of gender cannot be done exclusively without some conflation with race. That Coppola brazenly suggests the victors are self-righteous White supremacists, gender notwithstanding, is at best a revisionist fantasy. 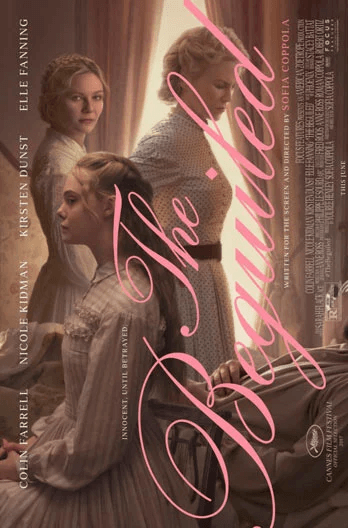