The Complete Release Schedule For All The Superhero Movies Of 2018 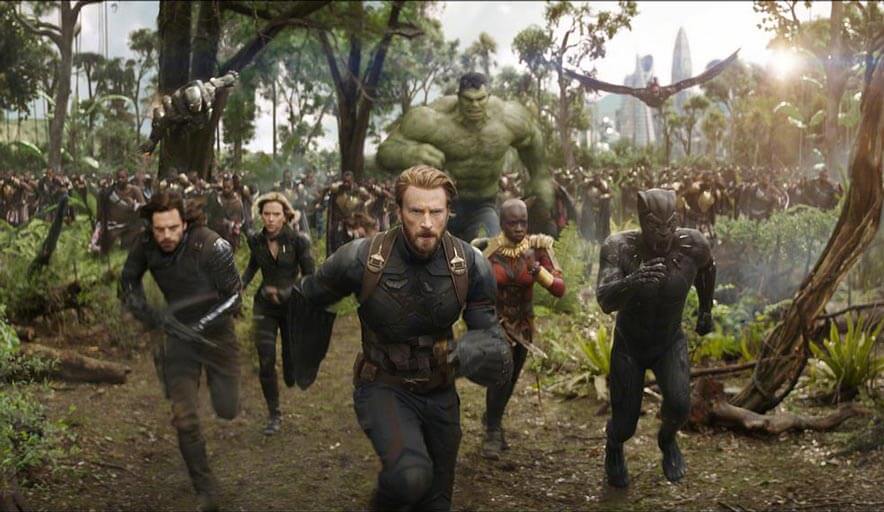 If you love capes, masks and tights, you've come to the right place. From the MCU, DCEU, to the X-Men and beyond, here's a handy chronological guide to all the superhero movies you can geek out to this year.

Marvel Studios’ Black Panther follows T’Challa who, after the death of his father, the King of Wakanda, returns home to the isolated, technologically advanced African nation to succeed to the throne and take his rightful place as king. But when a powerful old enemy reappears, T’Challa’s mettle as king—and Black Panther—is tested when he is drawn into a formidable conflict that puts the fate of Wakanda and the entire world at risk. Faced with treachery and danger, the young king must rally his allies and release the full power of Black Panther to defeat his foes and secure the safety of his people and their way of life.

As the Avengers and their allies have continued to protect the world from threats too large for any one hero to handle, a new danger has emerged from the cosmic shadows: Thanos. A despot of intergalactic infamy, his goal is to collect all six Infinity Stones, artifacts of unimaginable power, and use them to inflict his twisted will on all of reality. Everything the Avengers have fought for has led up to this moment - the fate of Earth and existence itself has never been more uncertain.

After surviving a near fatal bovine attack, Wade Wilson, a disfigured cafeteria chef, struggles to fulfill his dream of becoming Mayberry’s hottest bartender while also learning to cope with his lost sense of taste. Searching to regain his spice for life, as well as a flux capacitor, Wade must battle ninjas, the yakuza, and a pack of sexually aggressive canines, as he journeys around the world to discover the importance of family, friendship, and flavor - finding a new taste for adventure and earning the coveted coffee mug title of World’s Best Lover.

Taking place immediately after the first film, the end of which introduces The Underminer, the Parr family struggles to maintain normal lives while Helen Parr, also known as Elastigirl, is out fighting crime and campaigning for the return of supers. Meanwhile, Helen's husband Bob Parr, also known as Mr. Incredible, remains at home watching their children Violet, Dash and Jack-Jack, discovering the secret powers of the latter in the process. However, they, along with Frozone, will have to battle a new villain with a sinister plot.

Ant-Man and the Wasp

In the aftermath of “Captain America: Civil War,” Scott Lang grapples with the consequences of his choices as both a Super Hero and a father. As he struggles to rebalance his home life with his responsibilities as Ant-Man, he’s confronted by Hope van Dyne and Dr. Hank Pym with an urgent new mission. Scott must once again put on the suit and learn to fight alongside The Wasp as the team works together to uncover secrets from their past.

One of Marvel's most enigmatic, complex and badass characters comes to the big screen, starring Academy Award® nominated actor Tom Hardy as the lethal protector Venom.

Mystique, Beast, Storm, Nightcrawler and the rest of the X-Men spring into action when a malevolent, power-hungry force threatens to overtake Jean Grey's mind.

Spider-Man: Into the Spiderverse

Following the events of "Justice League", Arthur Curry, the reluctant ruler of the underwater kingdom of Atlantis, is caught between surface dwellers and his own people who are ready to lash out and invade the surface.

The Hitlist: Movies To Watch In February 2018
The Best Valentine's Day Movies You've Never Heard Of And Should Be Watching