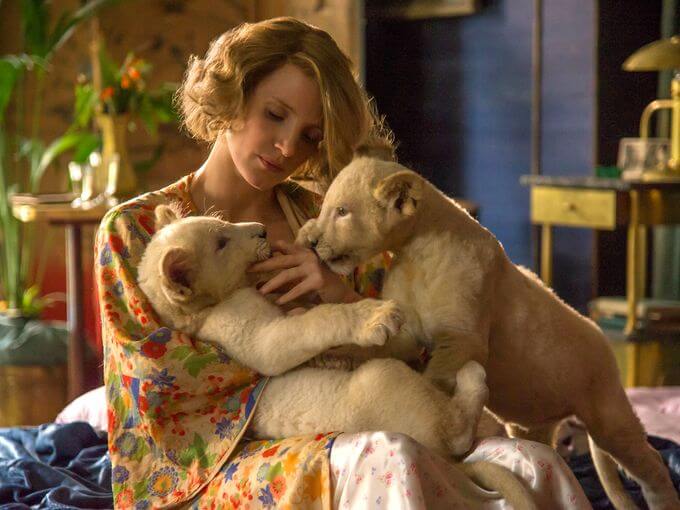 Based on a true story told by Diane Ackerman in the bestselling book The Zookeeper's Wife: A War Story, this war-time drama is set in Warsaw, Poland during the 30s and 40s showcasing the ravages of war, including the poor animals that we sometimes forget. We see how a single family's genuine love and compassion helped save more than 300 lives by the end of the war.

The story starts with the zookeeper Jan (Johan Heldenberg), his wife Antonina (Jessica Chastain) and young son Ryszard (Timothy Radford) operating the Warsaw Zoo. The family and their staff live a physically tiring but contented life providing and caring for their beloved animals.

Unfortunately, their lives change with the arrival of the war and invasion by the Nazi Germans, who set up camp in the mostly abandoned zoo. Heartbreaking scenes of devastation are all around as Germans in power prey on the weak by raping, pillaging and basically doing as they please.

Although concerned for their family's safety, Jan and Antonina come up with the idea of using the zoo for pig farming; selling the idea to owner Lutz Heck (Daniel Bruhl), by saying the meat will be given to the German soldiers for food. Antonina uses the attraction Lutz has for her to keep her family on the good side of the German soldiers. Under the guise of collecting food waste to feed the pigs, they begin transporting Jewish people out of the country using underground tunnels originally meant for the animals.

This grave tale shows how amidst the cruelty and devastation of war, humanity triumphs with people willing to risk their own safety to save more than 300 Jewish lives. A serious one to catch; but history lovers will appreciate the insights into the hardships faced during wartime and make us appreciate the peace we enjoy this day. 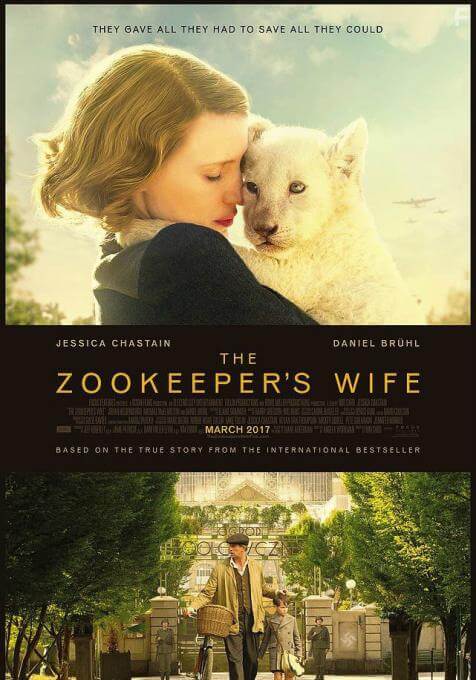