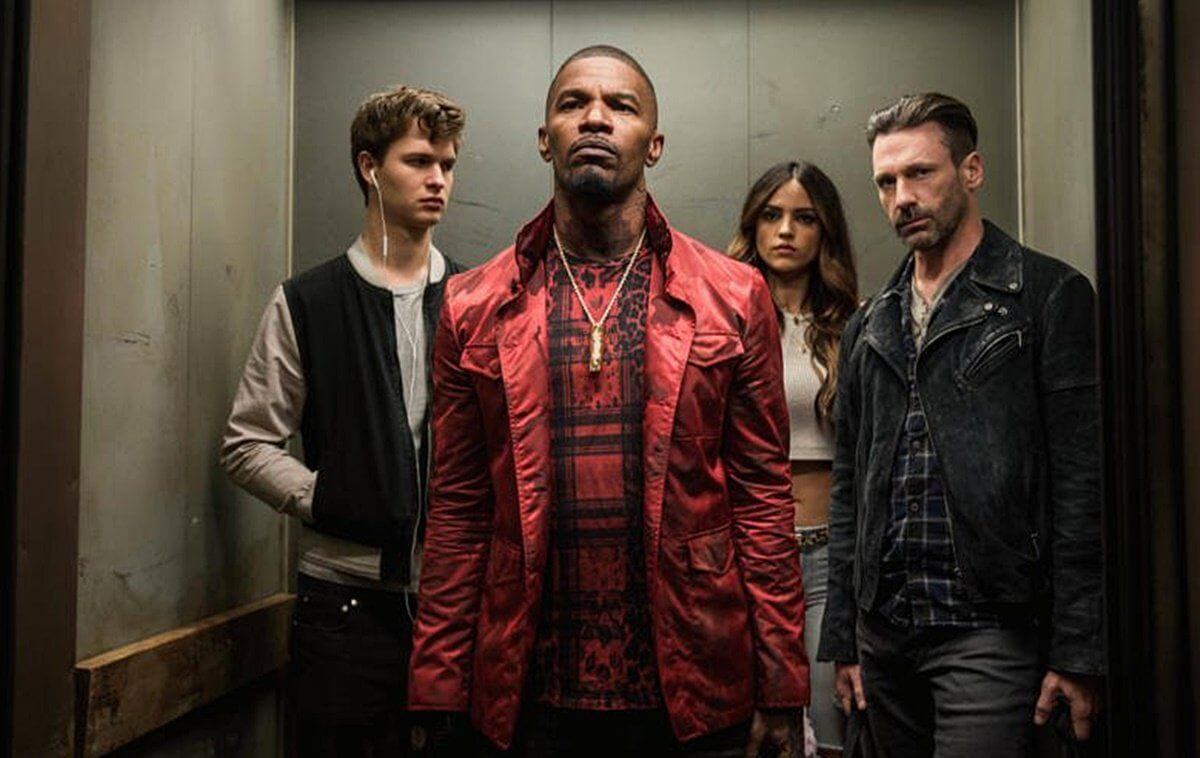 Edgar Wright’s engaging if offbeat heist film ticks like clockwork, and is accompanied by a terrific iPod playlist for a soundtrack.

I feel happy for Edgar Wright because he finally has a film that crossed the US$100 million mark in worldwide gross.  Ever since announcing, and then establishing himself as a filmmaker of promise and repute with his trio of Simon Pegg movies, often known as the ‘Cornetto’ trilogy—Shaun of the Dead (2004), Hot Fuzz (2007) and The World’s End (2013), Wright has become one of those filmmakers who has dedicated fans, but whose works continue to fail to ignite the box-office for some reason or another.

His latest, Baby Driver, also his first solo screenwriting effort, bucks the trend. And it’s a pretty darn good film, though slightly let down by its unexpectedly rote epilogue.  Still, there’s a lot to admire and enjoy in this offbeat heist film starring a host of veteran actors, namely Kevin Spacey (in a deliciously conniving role) and Jamie Foxx (playing against type as a badass street-style hitman), and featuring the young and fresh faces of Ansel Elgort (who broke out in The Fault in Our Stars, 2014) and Lily James (similarly in Cinderella, 2015).

If you have seen Wright’s previous films, the aspect that strikes me as remarkably salient is how effortlessly he is able to consistent wring out a strong sense of chemistry from different ensemble casts. In Baby Driver, the actors complement each other so well that there’s no room to nit-pick their performances.  They tick like clockwork, and so is the entire film, which follows the beat and rhythm of its soundtrack, very much an iPod playlist of songs shrewdly picked by a filmmaker who knows how to marry image with sound via the tools of editing.

The prologue, a brilliantly edited and playlisted sequence, very much sets the path alight for the film’s dazzling style.  Elgort plays Baby, a driver who could handle the hell out of any car, making him an indispensable part of any heist plan.  The film’s high-octane if realistic car chase scenes are a breath of fresh air in relation to the sheer absurdity of such similar scenes in, say, the recent ‘Fast and Furious’ movies.  Moreover, the actors’ precise comic timing in delivering deadpan humour provides a good measure of laughs in the flurry of action and music, which makes Baby Driver as close as you can get to an eccentric ‘musical’ featuring car chases and bank robberies. 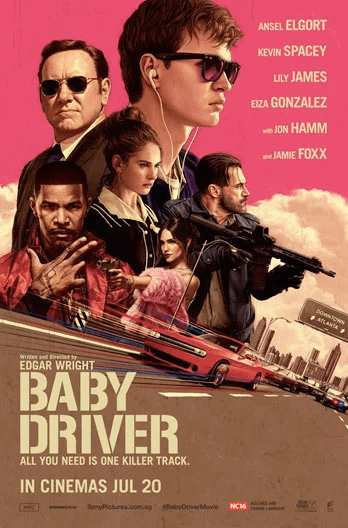