'The Third Murder' Review: A Welcome Experiment In Genre Filmmaking 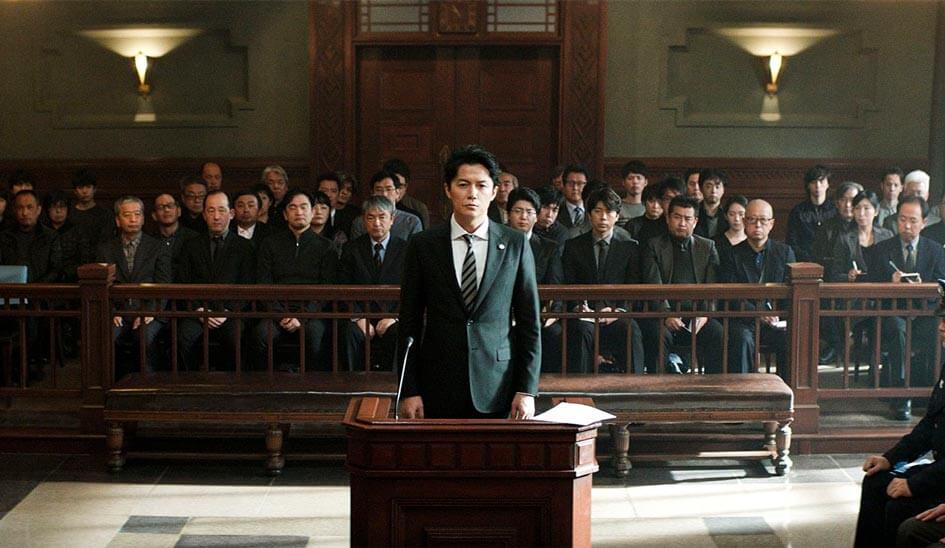 Kore-eda changes his own scenery with a genre film in this largely humanistic if didactic legal procedural about a murky murder.

Some critics have called it a misfire, while others have praised the new film by one of Japan’s most respected living filmmakers. I prefer to sit on the fence as I am for want of strong feelings for this one. Firstly, it is somewhat strange to review a Hirokazu Kore-eda film that is not a typical Kore-eda work. It’s like drinking hot coffee with milk for years, and then one day, you are served iced coffee without it, which I think aptly describes The Third Murder, a film that is not just a change of scenery (not pace and style though) for the auteur, but conspicuously lacks the warmth of his best works.

Not that that affects the affective qualities of The Third Murder, because there’s still that unmistakable genteel touch to Kore-eda's filmmaking. It’s still coffee and not tea, but the difference is that his characters here are starring down the cold, soulless nature of law and justice, and having any kind of sentiment might betray one’s feelings. There’s only room for the truth—or even lies—but life is never black-or-white, only murky, like the murder at the center of the film.

That murder occurs at the very start, after which the entire film tries to dissect the motivations behind the brutal act, often behind closed doors. It is a legal procedural that questions everything about the institution that seeks to protect society. Truth and justice are not lofty ideals to strive for, but manipulative variables to serve one’s own agenda. In a way, one could see The Third Murder as a depressing take on the lack of faith in mankind, almost like a modern Rashomon (1950) but it shares no likeness to Kurosawa’s classic, except in its philosophical view on the legality of truth.

Masaharu Fukuyama (who starred in Kore-eda’s Like Father, Like Son (2013)) is the main lawyer in charge of the case, while Koji Yakusho, whose face is a screen presence in itself (he’s like the Japanese Choi Min-sik), plays the defendant accused of murder. The pretty Suzu Hirose (who played the eponymous character in Kore-eda’s Our Little Sister (2015)) adds intrigue as the daughter of the deceased.

Despite being a dialogue-heavy and sometimes didactic film, The Third Murder finds humanistic moments between characters, specifically the defendant and his lawyer. Credit to Kore-eda for making the most mundane of conversations across a thin layer of glass feel involving—and in one extraordinary shot, we see the faces of Yakusho and Fukuyama superimpose with one another through strategic reflections, as if one is acting as the conscience for the other.

Not one of Kore-eda’s finest hours, The Third Murder is still a welcome detour, and an experiment in genre filmmaking by a filmmaker who’s too good to make genre movies.

The Third Murder opens in cinemas on 11 January. Click below to secure your seats instantly right here at Popcorn. 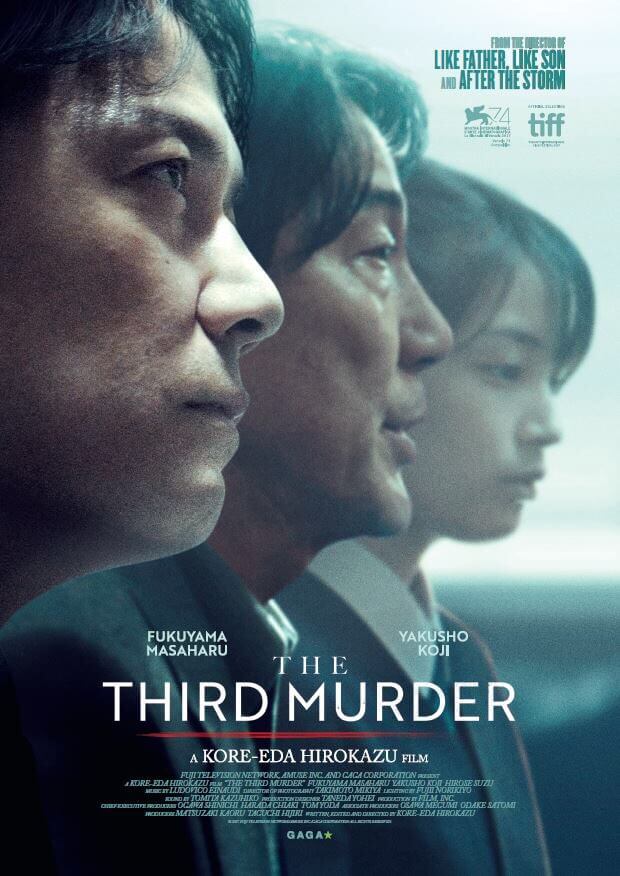