Suit-Up! The Many Looks of Spider-Man (And A Possible Secret One?) 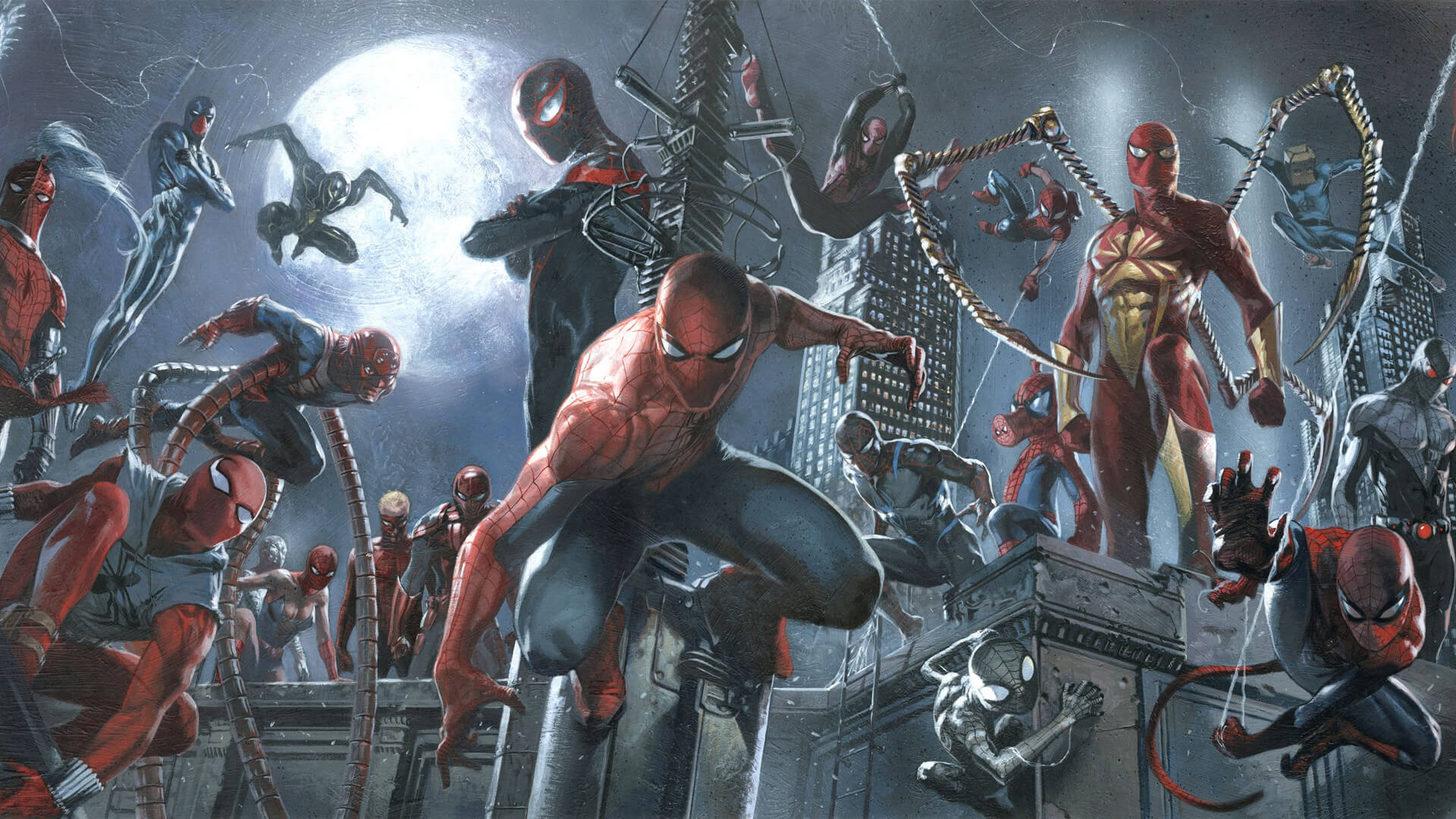 The man of iron is dead, long live the man of spider.

The loss of Tony Stark is one that will be felt across the Marvel Cinematic Universe (MCU) and the hearts of fans for a long time to come. In addition to Robert Downey Jr.’s charisma, the character has arguably seen one of the most unique character arcs any superhero has had on the big screen. Throw in a dose of charm, wit, and sarcasm for good measure, Tony Stark and Iron Man are both now the stuff of legends.

However, as deep as the character’s journey has been, the elder statesman of the Avengers has also proven himself quite the fashionista. And we’re not just talking about the dapper ensembles Tony seems to always find himself in. With over 85 armours (we’re still not sure where Rescue falls) Tony’s wardrobe has always been a big part of his next appearance.

Fortunately, while we may have lost the man himself, his heir apparent seems to be following quite closely in the footsteps of his mentor. With his second solo film coming up, Spider-Man seems to already own a rotating wardrobe of costumes. And we don’t think he’s about to slow down! 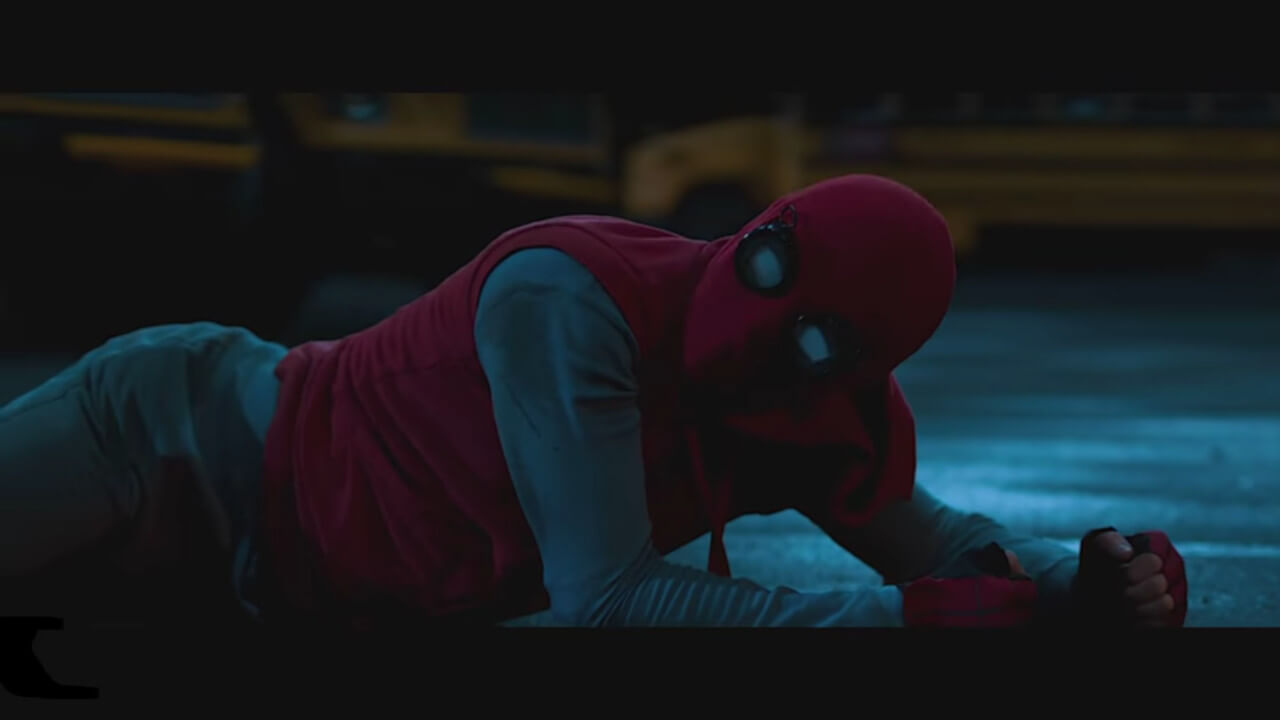 Peter Parker’s dumpster diving hobby likely led to his first suit. Besides its distinctive red and blue, the suit is a far departure from the suits we’ve seen. However, like most costumes seen on screen, this too takes inspiration from the comics. Worn by a clone of the Spider-Man we know and love, this homemade ensemble is a palette inversion of the comics’.

In what is essentially glorified pyjamas, Spider-Man protected New York and saved crucial Avengers gear from the Vulture in the climactic battle of Spider-Man: Homecoming. 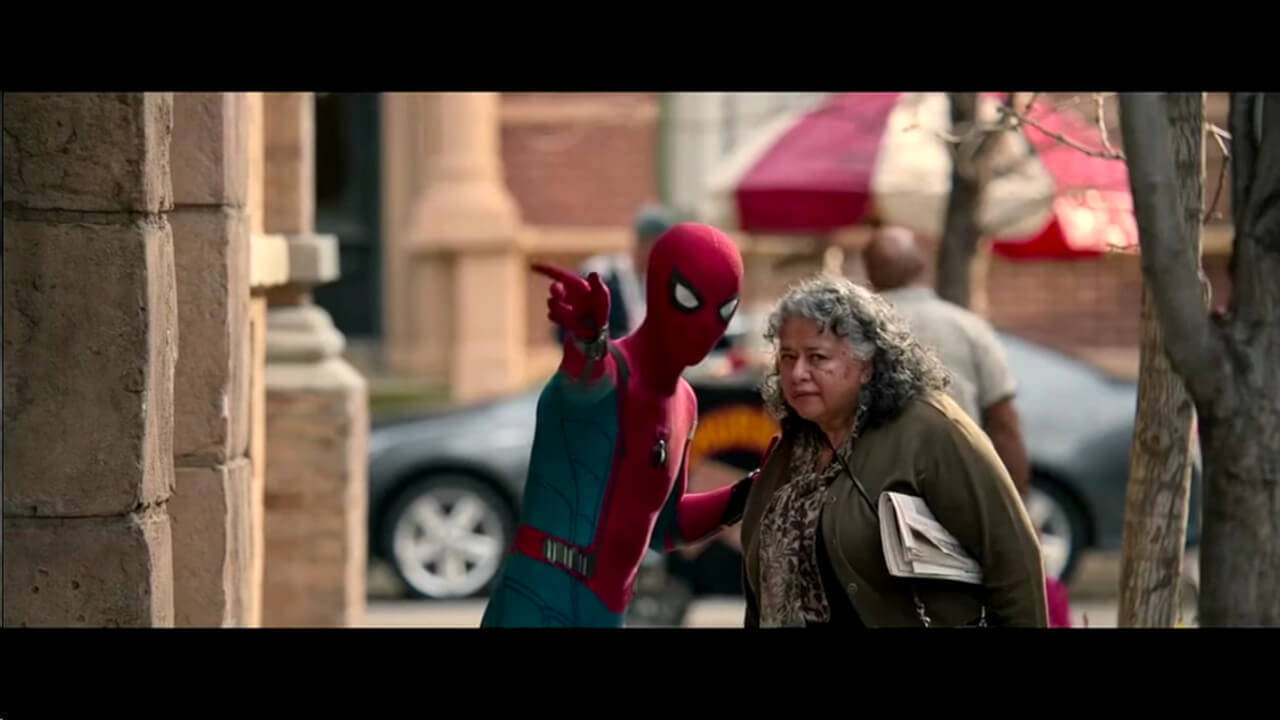 First seen in Captain America: Civil War (in the trailer, actually), the inclusion of Spider-Man in the MCU created quite the ruckus among fans. Having been confined to his own franchise, Sony’s partnership with Marvel Studios was a momentous occasion for fans of the character and MCU as a whole.

Debuting with a modern spin on his classic costume--made by Tony Stark, no less--Peter’s quick to learn that with great power, must come great responsibility. 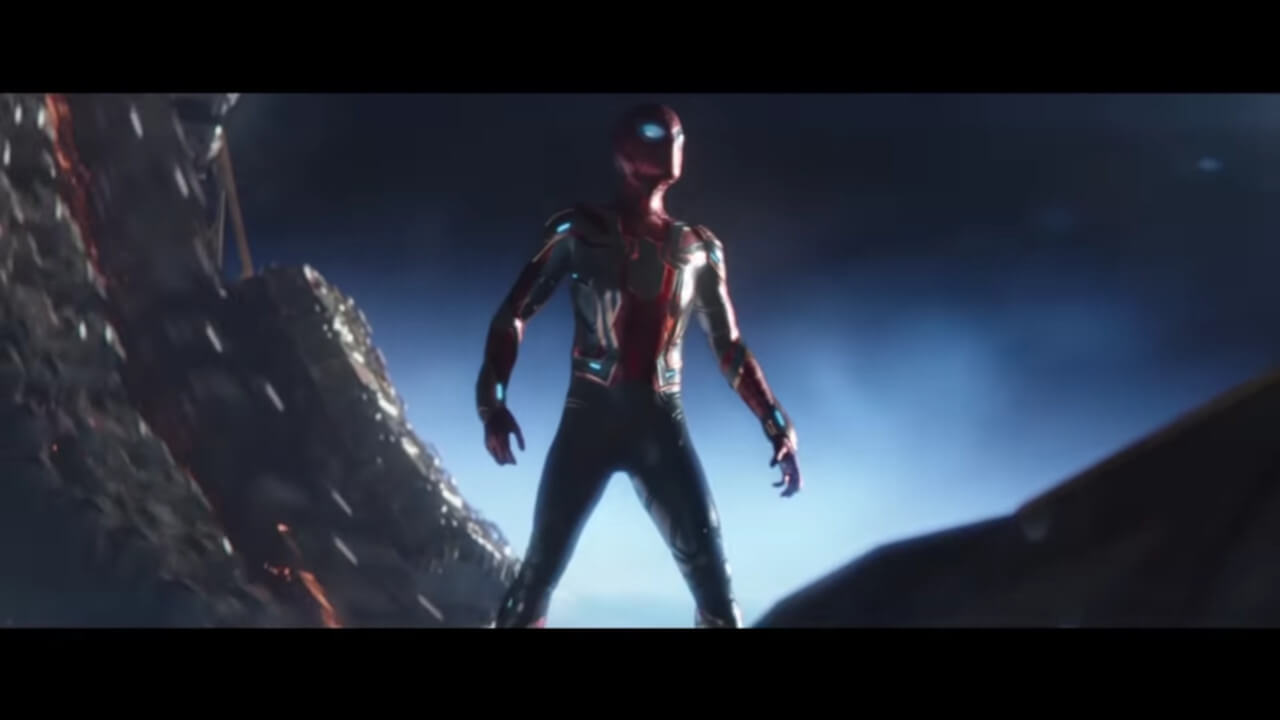 Teasing audience at the end of Spider-Man: Homecoming, it was only in Avengers: Infinity War that we finally got to see this iconic costume in action! With what is possibly the most casual introduction of an armour, Tony essentially slapped it onto Peter to keep him out of trouble.

So much for that, Mr Stark.

Given its significance as Tony’s last gift to Peter, this costume is sure to be a treasured possession of the wall-crawler’s. 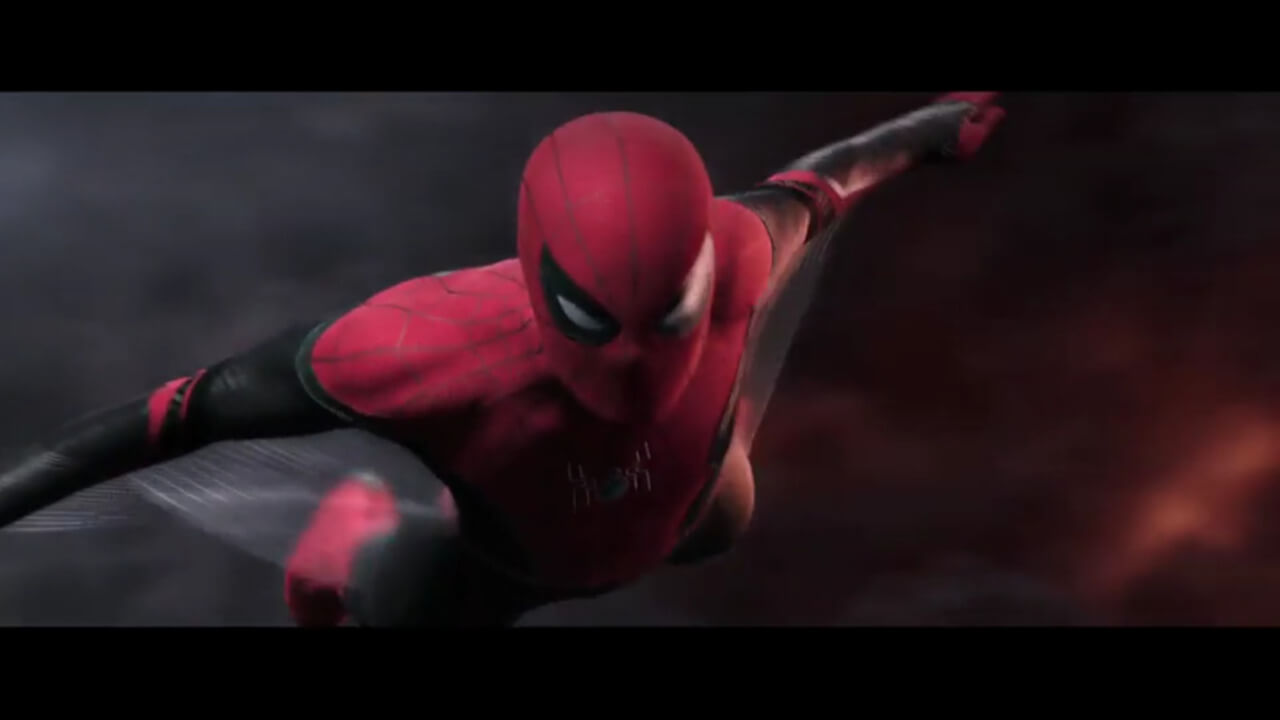 A long time, ago, in a galaxy--well, this one, young Steve Ditko and Stan Lee thought up the now-revolutionary teenage superhero Spider-Man. While Stan the Man was the brains behind the concept and the words, Ditko put pencils and colour to paper, and with Jack Kirby’s assistance on the cover, they introduced the classic red and black ensemble in Amazing Fantasy #15!

An undying argument between fans, the “blue or black” conundrum has always persistedl with the debate raging on to this day.

Nevertheless, perhaps this argument will abate with the red and black look finally getting some big screen representation. Director Jon Watts has also promised that Peter Parker obtaining his new costume is one of the best moments of the movie, and we can’t wait to see the events leading to him getting Ditko-ed. 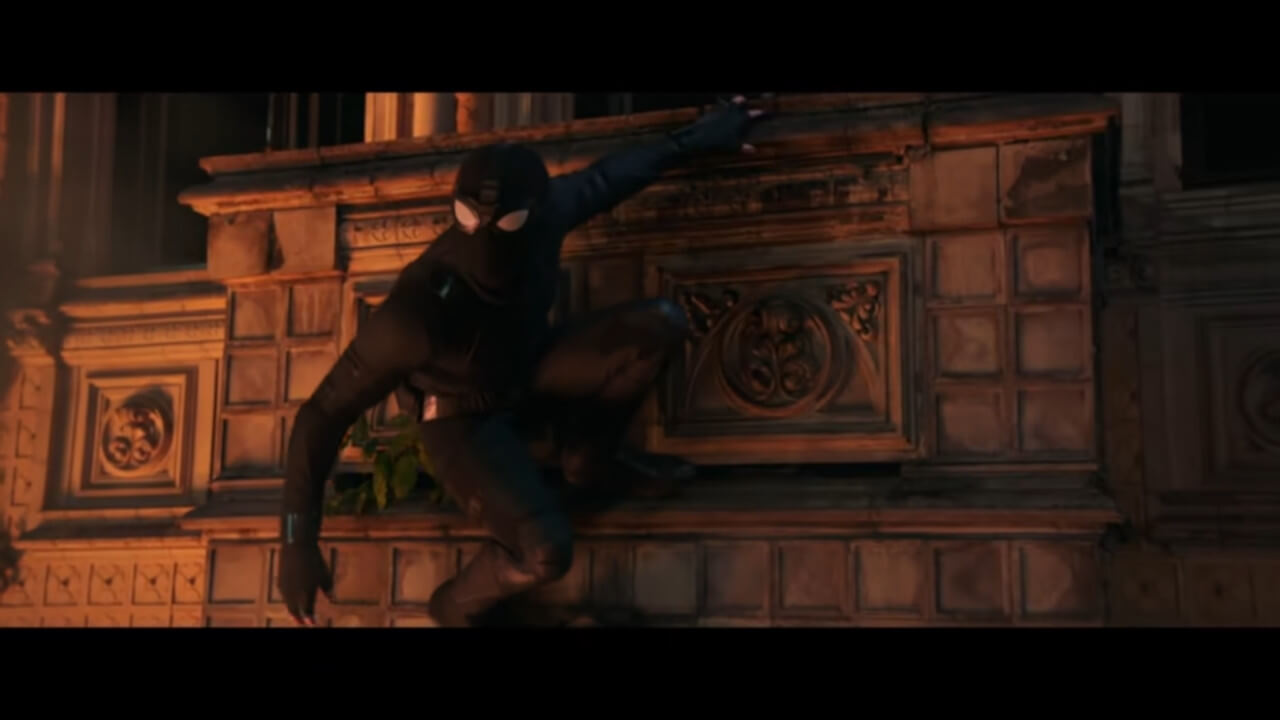 He might be no dark knight, but Spider-Man isn’t a stranger to stealth. His appearances across different forms of media have brought many variations of stealth suits, including the sleek high tech one from the games, or Spider-Man Noir’s cool billowy costume.

Given what we’ve seen from the trailer so far seems to be a much more muted and low-tech take on the stealth suit, it seems likely that the suit was provided by S.H.I.E.L.D.

After all, exposed finger, armour pads, cloth, and most importantly, boring black just doesn’t seem to coincide with the design philosophy of Mr Stark. 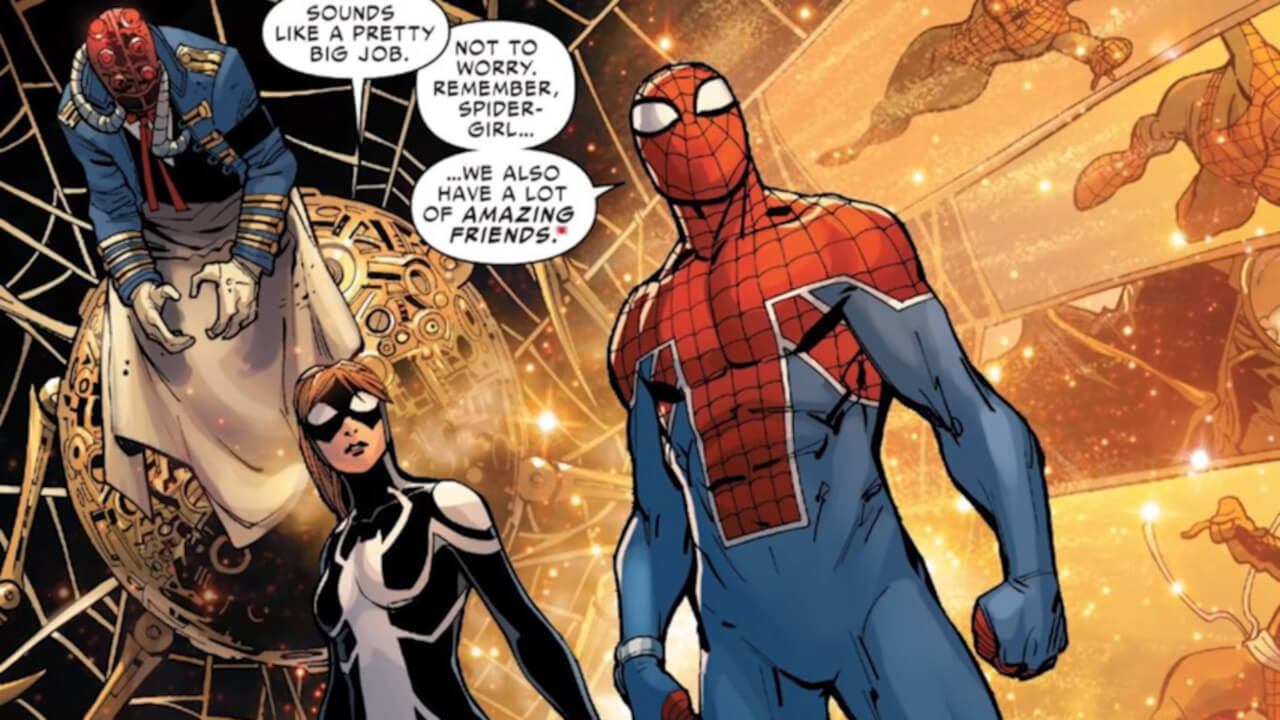 While there’s been no official confirmation or announcement of this British variant of the wallcrawler’s costume, speculation and anticipation have been rampant.

Introduced in the Spider-Verse mega event in 2014, this Spider-Man is in fact William Braddock, an analogue of Captain Britain. While it certainly seems to be a stretch to assume that we’ll be seeing Captain Britain in Spider-Man: Far From Home, it wouldn’t be very unlikely for the MCU to want to introduce characters from across the pond. 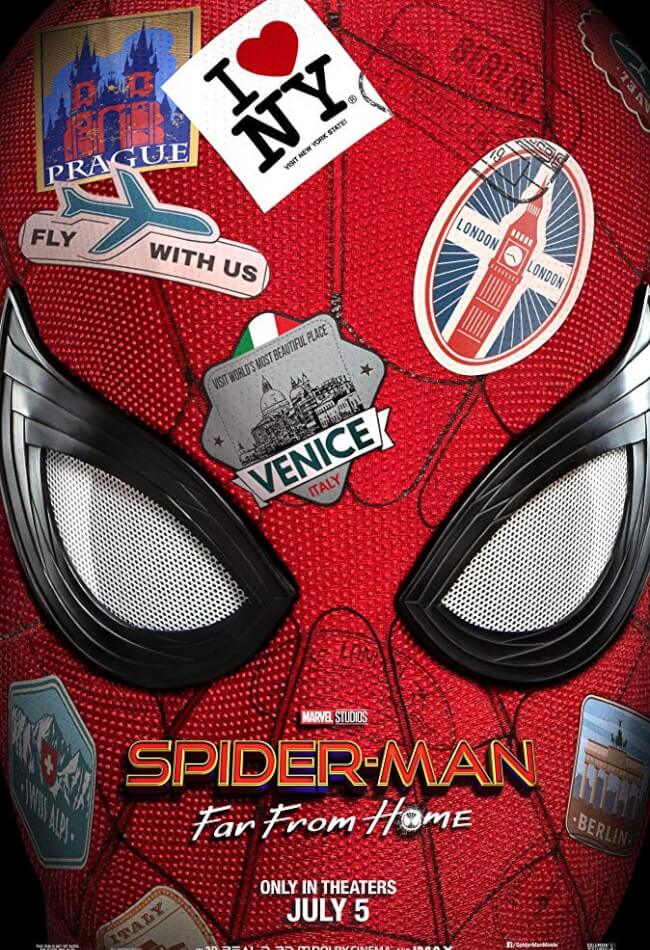 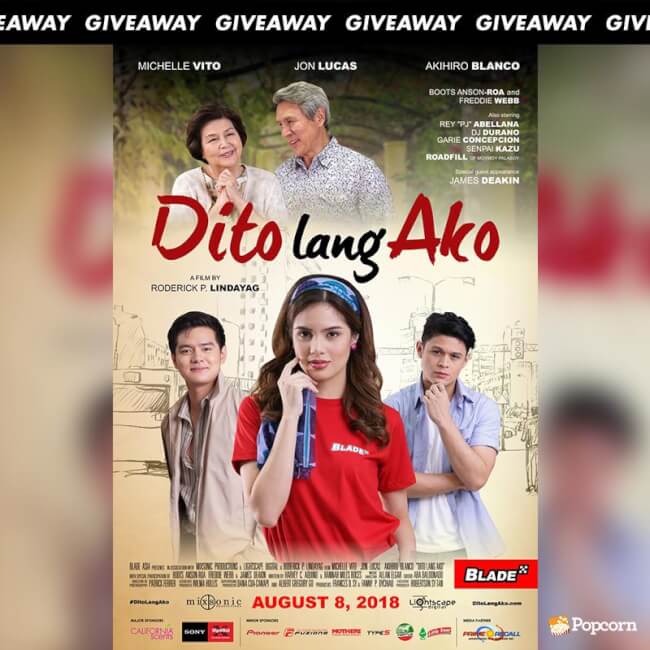 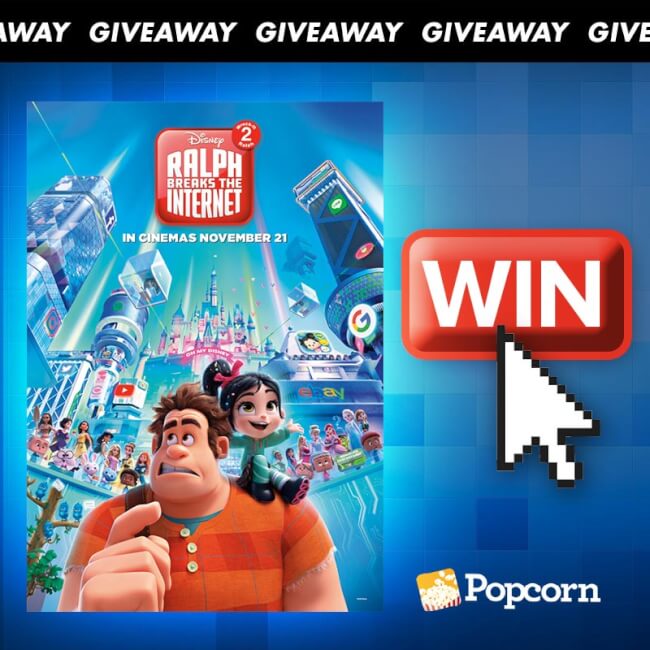 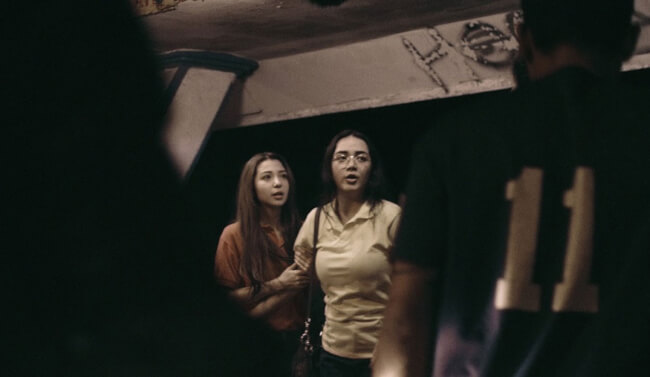 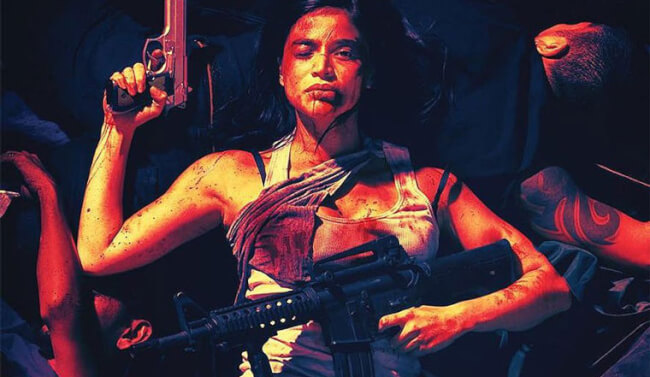 Reviews
'BuyBust' Review: Simply One Of The Greatest Philippine Movies Of 2018