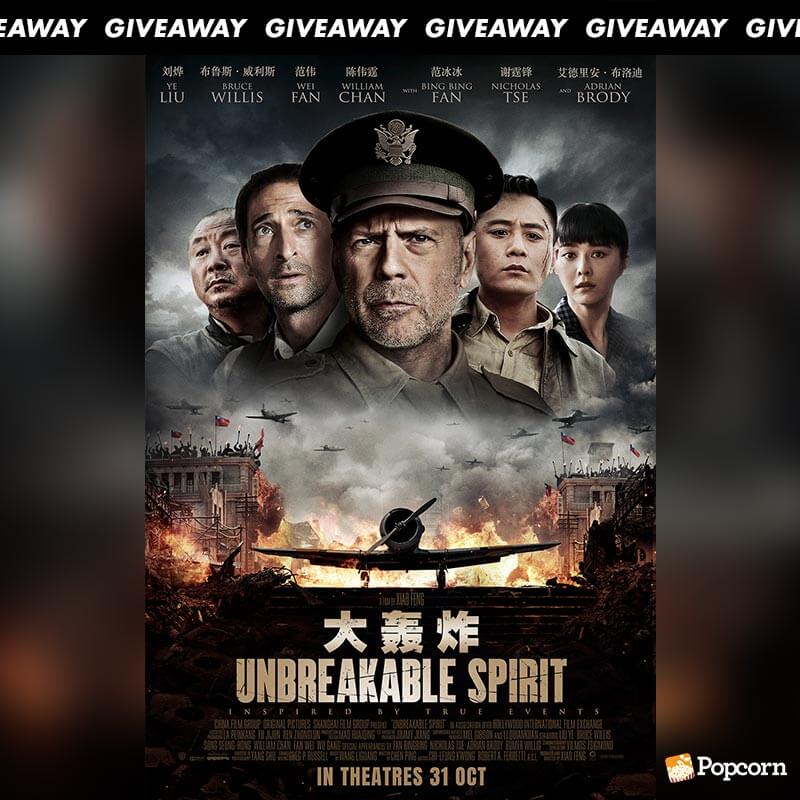 3) Answer this: Tell us who plays commander Jack Johnson in Unbreakable Spirit?

This contest closes on 25 October.

* Movie rating to be advised.

During World War II, under terrible conditions, lack of resources, weapons, knowledge and experience – the Chinese Air Force fought bravely against the powerful Japanese Imperial Army.
Commander Jack Johnson (Bruce Willis) from the United States Air Force not only teaches the Chinese how to battle against the Japanese, he also leads his own Chinese aviation squadron against the trained Japanese air force.
Meanwhile, a Japanese spy sneaks into Chongqing posing as a refugee and tries to steal Chinese military plans, causing a great deal of damage.
Two Chongqing families with a hundred year feud resolve their differences as the enemy invades, reflecting how the Chinese have always prevailed through constant struggle and mayhem. 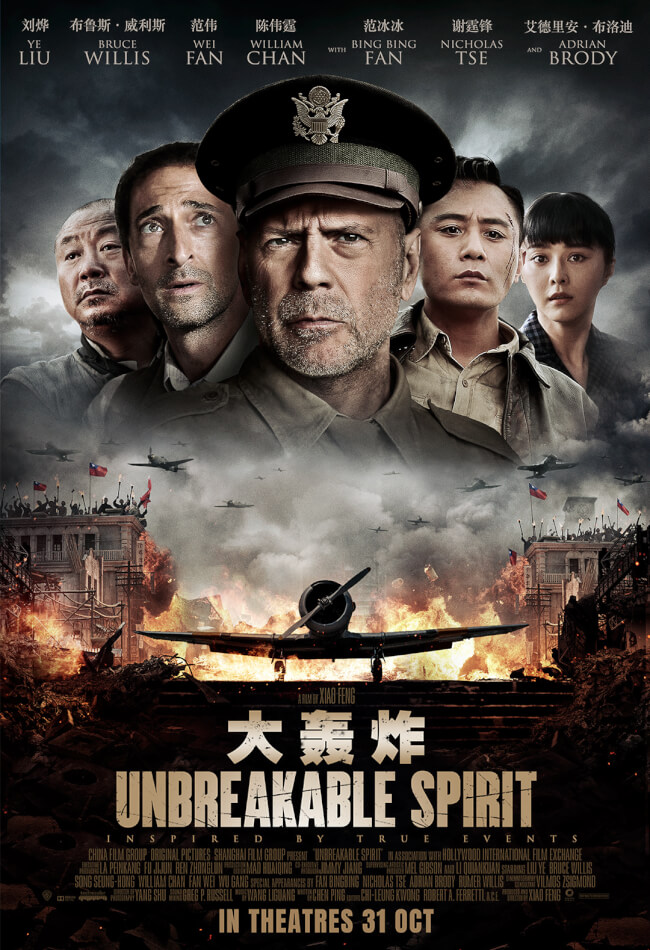